I visited a friend this week and spent a very pleasant couple of hours sitting at her kitchen table while she baked, helping to test the results of her efforts - see what a great friend I am?

On one of her worktops lives her daughter's hamster and I was alarmed at one point in the evening when one of the family's cats jumped up on top of the cage and peered intently at the little fella inside.

My friend just laughed - apparently these two furrys play a game of cat and mouse (pun intended) teasing each other - it certainly didn't seem that the hamster was at any point worried by his predator friend lurking above him.

In fact at times hammy stretched up on his little legs and actually nibbled the cat's soft underbelly fur - which I would imagine would make lovely soft bedding for a restless rodent.

I couldn't tear myself away from this odd couple- the little hamster happily carried on with drinking, eating, playing on his little wheel while the cat groomed and snoozed and scratched occasionally.

At no point was there any sign that the cat might see his little pal as a good late night snack. Fascinating! The only time I see my cats interacting with rodents is when they bring them in dead as presents for me or worse, bringing them in not quite dead to chase around the house for sport. Horrid but cats are natural hunters. I have just had to develop a spatula/kitchen roll technique and have learned to suppress my gag reflex to dispose of the aftermath. 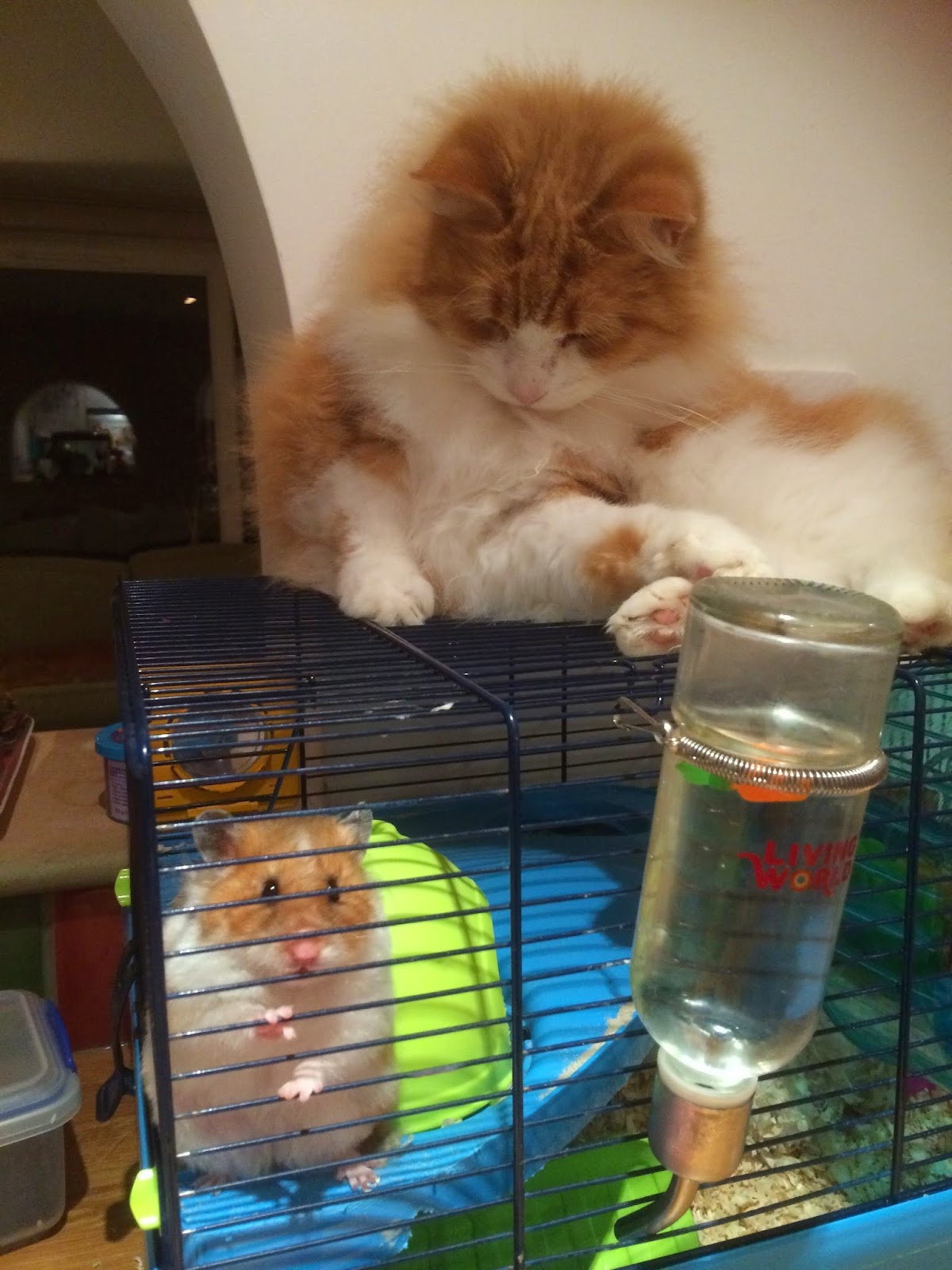 A cat I used to have ignored the dog we had - until the last two days of her life when she was unable to move far and just dozed in front of the fire. We thought the end was near (she was 19 years old) but we were certain when we saw our large, usually bouncy adolescent dog gently curl his whole body round her. He lay warming and protecting her for about an hour until she passed quietly away - I will always treasure the memory of that special bond between our animals.

How about you dear reader? Do you have pets who should be enemies but who are in fact friends? I'd love to hear about them? Comments always welcome below.