Hair-removing Hollywood Horror - a bikini line tale which will make you wince.

on September 07, 2015
Life has been a bit stressful lately, and I have been very focussed on budgeting, coping with an injured husband and our brood, most of whom have obviously been at home during the summer holidays.

This does not make terribly good blogging fodder and I do like to aim to entertain you lovely lot so courtesy of a VERY good friend who has given me permission to share her story, here's an anecdote to hopefully make you chuckle about a hair-removing incident which didn't go entirely to plan - you know how I love those stories!

So. My friend-let's call her Kay (not her real name obvs!) has a new-ish boyfriend after spending several years getting over a very long term relationship which didn't work out.

All was going well with the new man and they could not bear to be apart but unfortunately the new man - let's call him Bob - had already booked flights for a family wedding 2000 miles away within weeks of their romance starting.

As the days passed and Bob and Kay's mobile phone providers rejoiced at the sudden spike in profits Kay started to wonder how she could welcome Bob home in an extra special way. Under age readers and those easily offended should probably click away now.

So I'm guessing you have worked out her planned treat involved some steamy bedroom scenes so we will gloss over that part. However, talking about parts brings me to the meat of my story. Pun most definitely intended.

Hmm. One problem. No time of cash to go to a salon, and no wax in the house, only a pack of basic razors. Hey ho - what could possibly go wrong she decided having NEVER done anything more than slightly trim the shrubbery down there previously.

Yes. Wince away. Kay shaved the entire area completely bare using the type of razor that leaves bleeding nicks in your calves, leaving her lower zone reminiscent of a plucked chicken suffering from teenage acne or this cactus I photographed in Cyprus last year. 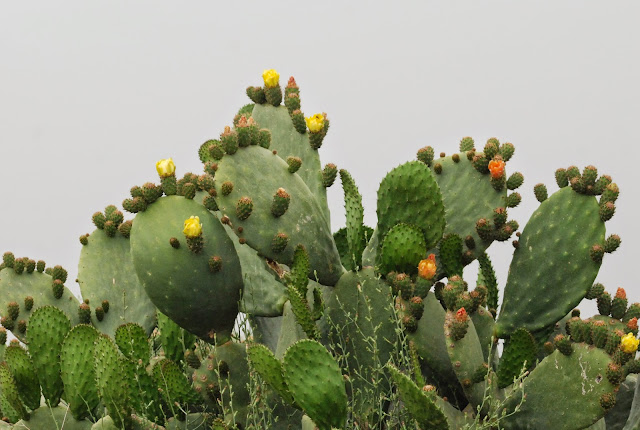 Panic set in and I got a phone call asking advice. Though why she would think I would know what to do I have no idea - my lady garden is so neglected it's more like the Brazilian rain forest than a Brazilian.

Unfortunately she did not call until after she had tried to fix her pimply, stubbly zone with a belated application of hair-removing scream cream. I would definitely have advised her against that move. I wince just thinking of the pain.

She confessed she had spent a couple of days walking like John Wayne (google him if you are THAT young) and wondered if I had any ideas to fix the situation. After picking myself of the floor where I was rolling with laughter I recommended antiseptic cream or tea tree oil and to leave the whole area alone!