on March 06, 2016
Sick of bog standard birthday parties with traditional entertainment and fancy inviting your children's friends to something more unique, something maybe set in a boggy swamp?

No I haven't lost my mind - Kids now can enjoy an extra special birthday party at Shrek's Adventure! London where a thrilling 4D magical bus ride leads onto an exciting adventure through a land far far away foiling witches and meeting a whole host of interesting and hilarious characters on the way.

It's so difficult to describe Shrek's Adventure! It's sort of a walking theatre experience with a big element of pantomime and plenty of comedy to entertain both adults and children. You don't have to have seen the Shrek movies to enjoy it but it's a big help if you have.

The new birthday party packages are a great idea- entertainment and food all sorted leaving you free to enjoy the experience along with your child and their guests. 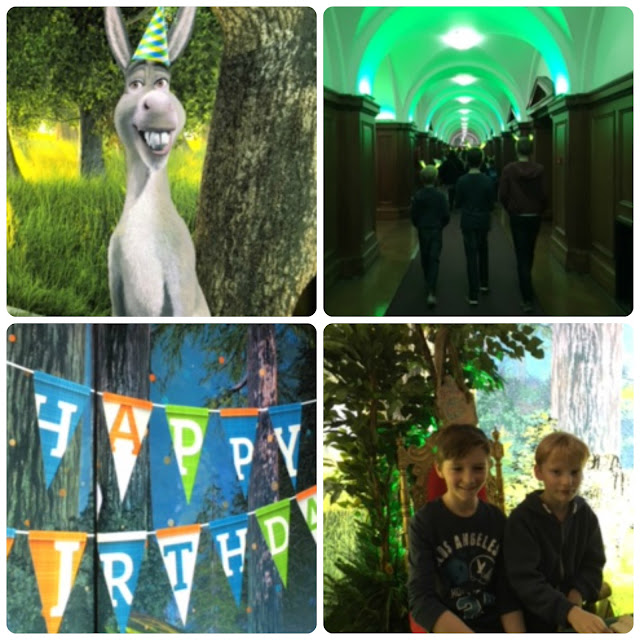 I went along last week with my own birthday boy, DS #4 who was celebrating his 11th birthday. He was joined by his friend F and his 16-year-old brother who was gutted to have missed out last time we visited the attraction on his younger brother's 7th birthday.

On arrival we were handed light-up Shrek ears - I was more excited than an adult should be at this- and after the inevitable Shrek-style selfies we were led to the "departure gate" to head for Far Far Away.

The tour was great fun as always and DS was delighted to be chosen for a small role in the story. Even though he has been before he still enjoyed every minute especially since this time he could share the fun with his friend.

At the end of the tour after a short photo opportunity with the ogre himself we were led off to the party room which had been decorated with one of a choice of themed wall coverings and featured a forest-themed food table quite literally piled high with treats. 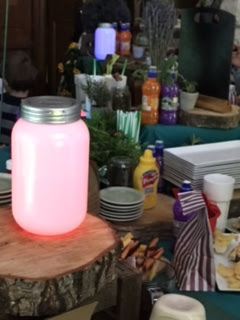 Actually, that was the children's only complaint about the birthday party - too much food! Can you believe that? I know what they meant though.

Walking through the door they were encouraged to take sandwiches and before they had time to eat them were being plied with beautiful burgers piled high with cheese and salad, little pizzas, cones containing fish goujons and little chips and stripey bags of popcorn. There were also lots of healthy choices on offer including crunchy raw veggies and dips.


During the tea Puss in Boots popped in for a visit and then pudding arrived - gorgeous Belgian waffles with a lots of treats to add including berries, syrup, chocolate sauce and cream. There were also tubs of top quality ice-cream and gingerbread men to decorate. (normally you would choose waffles or gingerbread men when booking the party apparently) 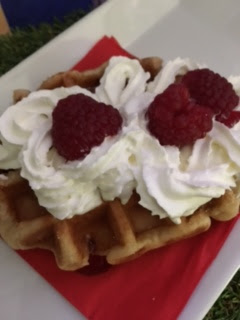 The party hosts were enthusiastic and helpful and tried their very best to build a great party atmosphere with music, dancing and singing - not easy at a press day where very few of the children knew each other!

My birthday boy started to wilt at the dessert stage (he was bedridden with flu for the rest of the week) so we left a little early collecting fabulous giant Shrek head helium balloons on the way out - 7 days later those balloons are still floating!

As parties go the Shrek's Adventure! offering seemed as stress free as they get and I was very impressed with the quality and quantity of the food. I was assured that we were given what regular party customers would get - no special press treatment.

Prices and packages vary - check out the website for more information. 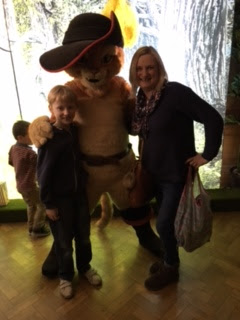 Disclaimer: We attended a "birthday party" at Shrek's Adventure! London free for the purposes of this review. Views and opinions remain honest and my own.