on October 12, 2016
Children's birthday parties can be chaotic and when it comes to sorting out food it can tip stressed parents over the edge as some children shovel 300 grapes and nothing else while others will only eat the ham from inside the sandwiches you stayed up until midnight making. 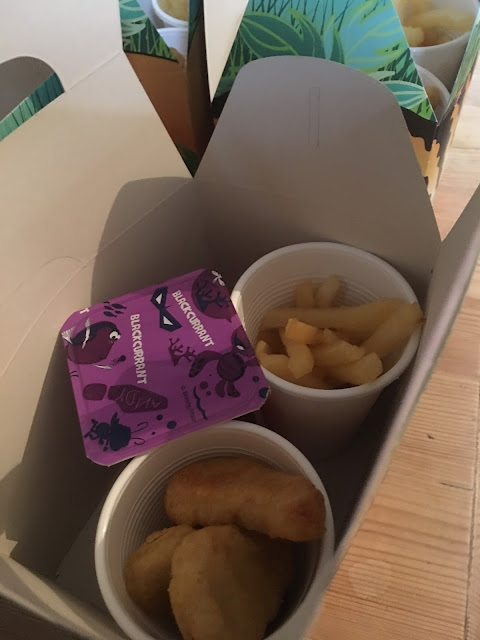 My youngest son has the misfortune to have his birthday right at the end of the long summer holiday which means I am out of money, energy and the will to live, let alone organise kid-friendly canapé which the organic yoghurt weaving tiger mums will approve of. 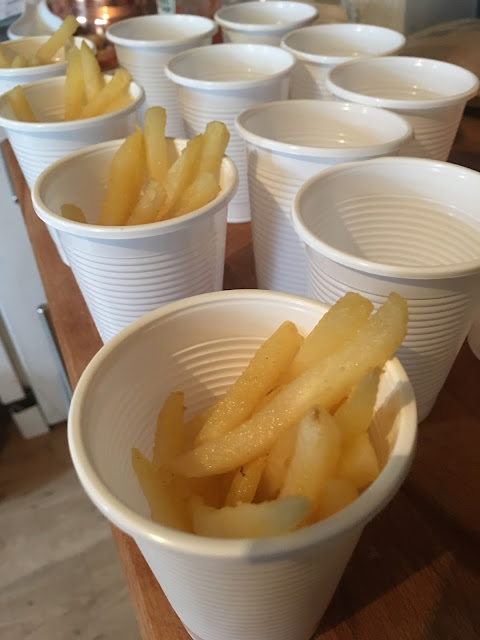 I have resorted to homemade pizza a few times but after spotting some cardboard lunch boxes in a  shop during a holiday outing I decided to make individual lunches for Grumpy's party guests.

I'll admit this meal was not my finest parenting moment. Fundamentally I served frozen nuggets and chips but after seeing how happy the children were with it and how impressed the lurking parents were at the ease of prep and serving vs result and lack of food waste, I thought it worth sharing my party boxes for anyone else who wants to join me in the unfit mothers club. 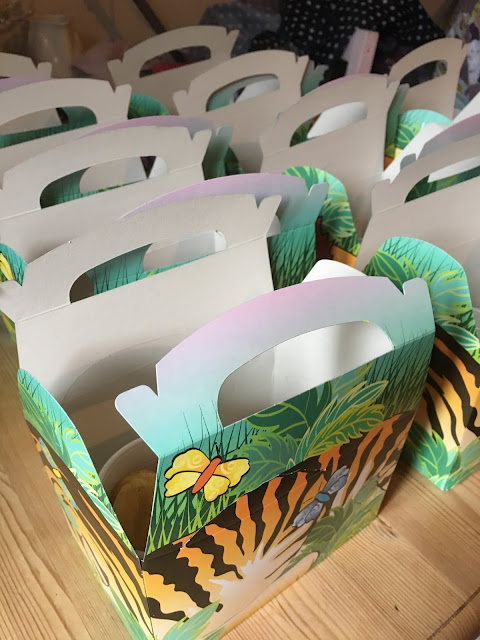 So as I mentioned, I bought chicken nuggets and oven chips- you could make your own if you are feeling like a domestic goddess but I was veering more towards slummy mummy as I tried to organise party, new school uniform and the location of my son's school bus pass. Anyway, it was his birthday and I do think it's OK to eat beige food as an occasional treat.

I also picked up cartons of mostly water-based drinks and some disposable plastic cups. I wanted to use recyclable cardboard but actually couldn't find any in the short time I had to look. The boxes were recyclable at least!

Come party day I set up a "pin the tail on the Pikachu" game and threw food in the oven. When it was cooked I quickly loaded cups with nuggets and chips fast food restaurant style. I popped the cups and the rink carton in the cardboard boxes and served them with small bowls of sauces for dipping on the table and plates of Pokemon themed cakes (toppers bought online) and ice lollies for dessert. 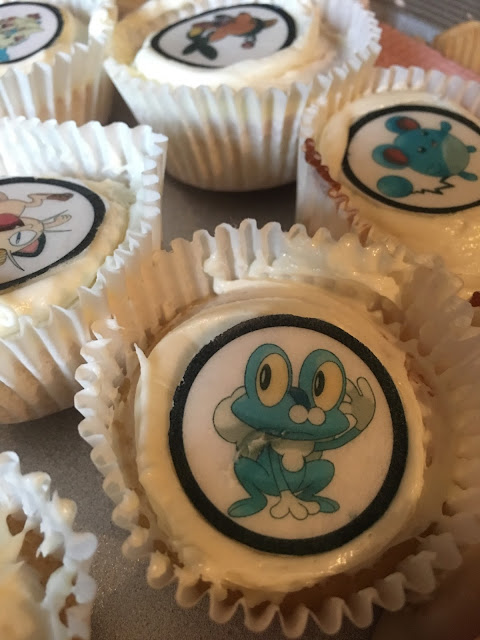 The children all loved it - even the older children who had come along with their younger siblings. I was worried the boxes might be too young for my newly 8 year old but he really liked them. You can buy boxes from party companies or from Ebay - a quick search online found 10 boxes for £2.95. They come in plain colours  (great for weddings and adult parties where you want to make lunches for children) or in every theme you can think of!

I am seriously considering getting them for my daughters 16th birthday party. Apparently everything tastes better out of a box! 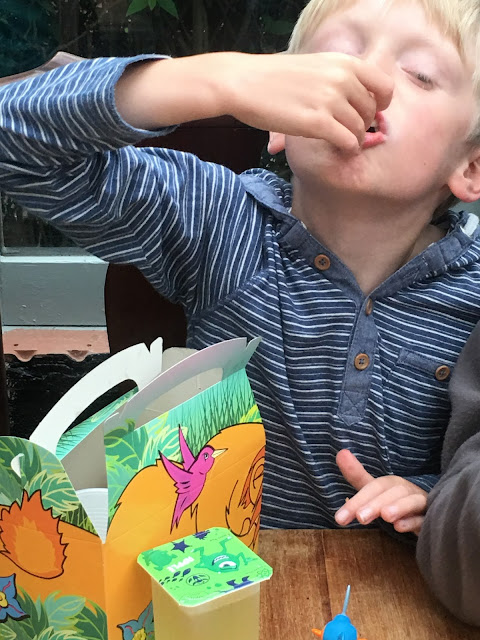